While dram shop cases in Rhode Island are getting more and more attention, they have a long history in this country. However, not many are familiar with the term, and the terminology is not one that is frequently in use. They have been around since Prohibition. However, they seem mysterious and secret. Where are they? What are they? And what do the laws entail?

What is a Dram Shop?

Dram shop is a terminology that refers to a business which sells alcoholic drinks or a location which serves the drinker, regardless of whether they are sober or not. They will even help serve drinks to those who have been drinking far too much. In many cases, they are obviously drunk and still given drinks.  It is a terminology that is used to refer to a statute that exists in thirty-eight states.

The Dram Shop terminology is a reference to 18th Century England’s establishments which sold Gin by the spoon. This measure became a dram. A 1993 study found that the laws to influence the reduction of drunk driving accidents, but it didn’t allow for Utah and Nevada, which had special cases that might have interfered with the results. Another was done in 2011 and found eleven studies which supported dram shop laws and their reduction of accidents.

In 1999, a girl was paralyzed when a drunk driver hit the car she was in. The driver is said to have had a blood-alcohol content that was double the legal limit. He had just left a New York Giants football game, and it was found that the stadium concession shared the liability. A New Jersey jury awarded the girl’s family one hundred and thirty-five million dollars for her injury. A plaintiff wins a lawsuit which is against both a vendor and driver, the court divides the cost between the two defendants.

Enforced via civil lawsuits, the Dram Shop Act allows victims of DUIs and their families to sue anyone who serves the perpetrator, usually retailers or bars who have served the driver well after they should have stopped. The liability covers commercial establishments that serve alcoholic beverages and involves a monetary payout. Collisions which are the result of drunk driving can leave drivers in exposition and available for lawsuits from injuries or deaths of others. These laws also allow the victim to hold hosting establishments accountable for damages. Social host liability laws are similar to dram shop laws, except that they hold an individual responsible for an impaired guest. This means that anytime you leave a friend’s party and drive when you shouldn’t be, you are also putting your friend at risk.

Fault in a Dram Shop Case

Proving the fault of an alcohol vendor a task that takes a lot of time and effort. Bartenders can find it hard to gauge a person’s alcohol tolerance or how far they can go before they should stop. They might not know if the person is drinking on an empty stomach or if they even drove a car. The patron might also have been drinking before they came in and who is to say they won’t after? In these cases, some requirements to invoke the law are:

Not all stipulations of the dram shop laws are the same, but they run along the same vein. In some states, the qualifications are different, and in others, the definition of the facets themselves might have different interpretations. For example, the causal link might be looser of a requirement in one state than another. And the host’s involvement might be a bit looser in one than the next. One thing they tend to have in common is the application of the “obvious intoxication test.” This should be an indicator of the threat of danger to the patron or others.

There are forty-three states which have a dram shop law in effect, as well as the District of Columbia. While they differ in scope, they have the same intent. However; states like Virginia, South Dakota, Nevada, Nebraska, Maryland, Louisiana, Kansas, and Delaware do not have laws like these. These laws require someone with experience in them and knowledge of the laws they enact. Because they are older but less common, this is hard to achieve. They tend to have a defense by someone who specializes in another form of law, and that can be dangerous. You need someone to represent you and give you the best possible case if you have even a chance.  You can start your search here.

« How Common Are Roadway Defects?

While dram shop cases in Rhode Island are getting more and more attention, they have…

While dram shop cases in Rhode Island are getting more and more attention, they have… 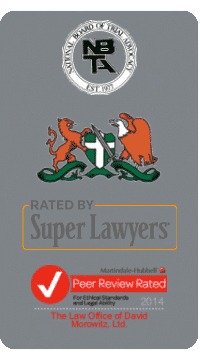 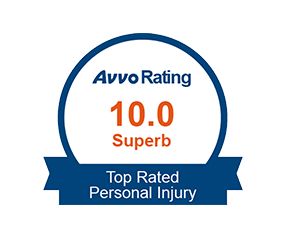 *The Rhode Island Supreme Court licenses all lawyers in the general practice of law. The court does not license or certify any lawyer as an expert or specialist in any particular field of practice.